Here I will report from time to time about the Japanese food as far as I can.

In the supermarkets you really get a lot of industrial fast food. But also well already pre-cooked food, packaged as the sushi in plastic boxes like in some supermarkets in Germany, which you have to heat only in the microwave.

As is to be expected, it is difficult to get food from the Western food culture here. The bread does not deserve to be called from the German point of view. Is not even really toastbrot …
You also have to eat a lot of food to be half way stuffed. But I have already encountered a kind of whole grain or walnut variety which is much more saturating (but also more expensive).

Had now also my “first real” Japanese dish: Ramen, which was good.
I have forgotten the exact name, but it was with pork-meat. Ramen is a pasta dish with a bouillon. For vegetarians the restaurant has now also a milkrame, according to colleagues is also delicious. I have to test it yet. 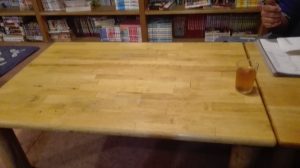 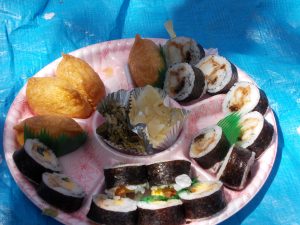 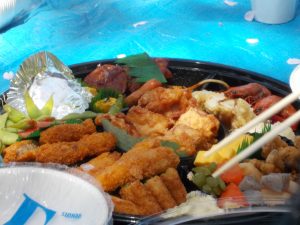