Hanabi means fireworks, but at the same time it has a much larger and stronger meaning. Hanabi is deeply rooted in Japanese culture. It belongs to the summer here that there are fireworks. Not just a few, but many and large. A colleague had problems to imagine a summer without fireworks when I told that in Germany there is actually only New Year’s fireworks, apart from a few exceptions. The Japanese fireworksalso has a few special features that only they have. Fireworks in the way as in Europe is also used. Since I was madly interested, I’ve also already looked at one. It took about 2 hours, 1500 fireworks or also called fire flowers (Hana means flower and bi fire) were fired. Last year around 600,000 people were at this fireworks. These are quite families or company celebrations, which then look at the spectacle. This alone shows how popular and rooted the Hanbi is. By the way, I heard already fireworks nights before. This is one special feature of the Japanese fireworks, it is really loud. I have only uploaded a few pictures, videos are not going at the moment, they are at such a thing actually better to leave an impression. Some pictures show also the Japanese ice, a crush ice with a sweet sauce which gives the taste, it was good. There was a straw that was also used as a spoon. A final remark, it was again clear how much Japanese don’t like rain. Before it had already properly poured, but towards the end came then again a little drizzle down. That was not liked by many, many people, so the whole seating plans and etc. were dismantled and many were already on the way back, although it was still 20 minutes going. 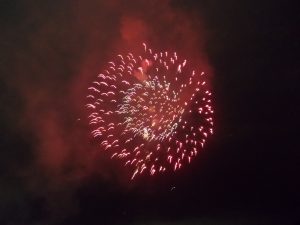 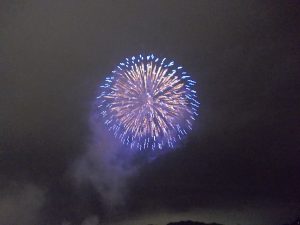 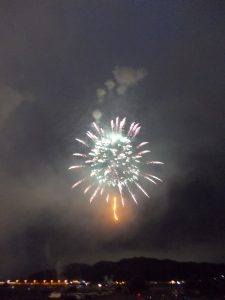 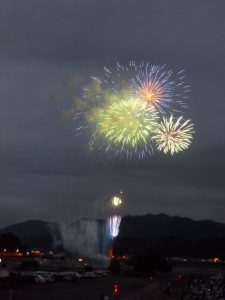 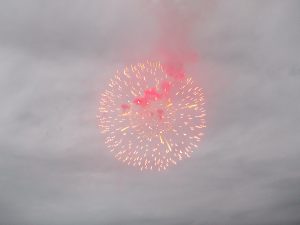 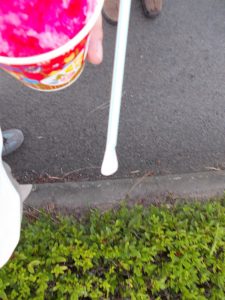 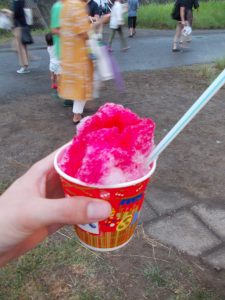 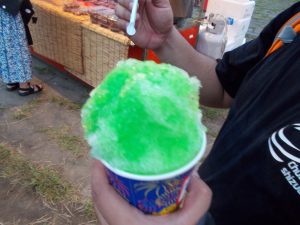 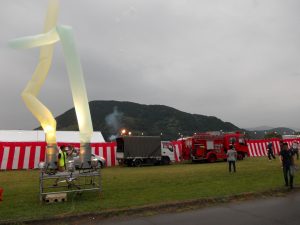 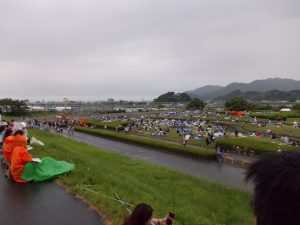 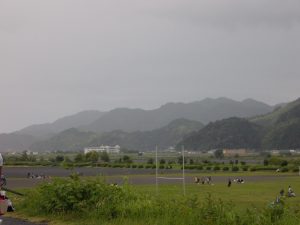 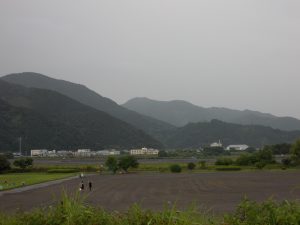 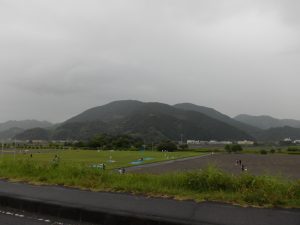 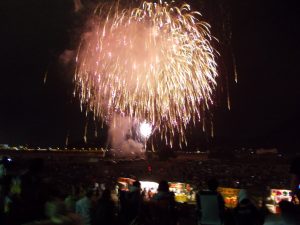 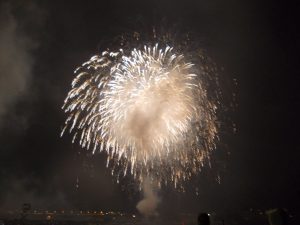 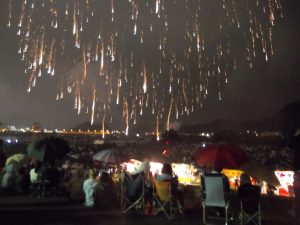 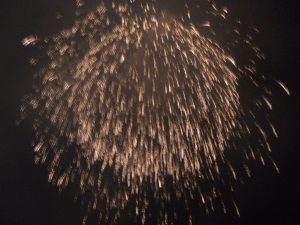 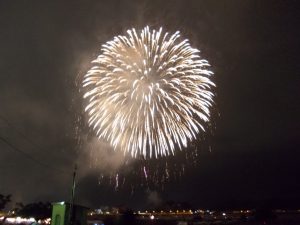 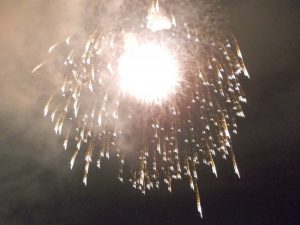