Or in Japanese: „Akemashite omedetō (gozaimasu)!“ Please do not say this until the new year. This time I do not have much to write about. Although the New Year is probably the most important festival in Japan, but it is celebrated the New Year, different from us where we celebrate more Sylvester. It’s more like a family party, so it’s pretty quiet. There are no fireworks either. Furthermore, I know too little safely to write about it, although I know e.g. there are certain types of home decorations or meals, some of them religious, but before I write anything wrong I prefer not to do so. I simply recommend a google search, there is already a lot. And I do not have many good photos. Possibly I will update this post maybe a little in the next few weeks (!), If I have new knowledge to do so.

As I said, midnight is pretty quiet. I drove to a larger Shinto shrine (already visited) and watched a bit. The crowd was pretty small. Drums were struck shortly after midnight, and a little later, on a truck improvised and decorated as a stage, small (hard) mochi (rice cakes) were thrown into the crowd. That was it already. After that, everyone went to the shrine to pray or wish (happiness, health, prosperity) to the Residing God / Gods for the New Year. This is called Hatsumode and is the first shrine visit in the new year. This can be done directly after midnight, but many do this later or in the next few days. Before that, there were stalls set up by the temple, where Mikos sold various lucky charms or objects that were used to address wishes to the gods and hang at the temple. The latter also includes the wooden plaques mentioned earlier, the Ema’s. Many are pictured with a dog because the new year is the year of the dog. Arrows were also to buy, which are considered as New Year’s charms and demon repellent. I’m still thinking of buying one, even if they are more likely to be seen as gifts for children. 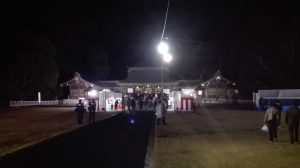 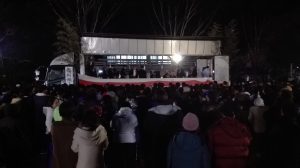 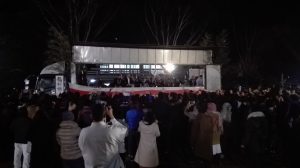 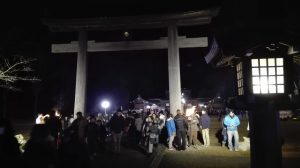 I still know a New Year’s decoration, namely the Kagami-Mochi. Kagami-mochi are double-decker mochi’s, with the lower mochi being larger than the upper one and on the upper one is a Daidai fruit (a kind of bitter orange) with leaf. Under them may well be a paper that should protect from fire during the year. Useful, since everything used to be made of wood and paper. The origin of the name is unclear (as far as I know), but could come from the Kagami, the mirror, that is a representation of the gods in the Shinto. The Mochi stands for the old and new year.

After the event, I went then relatively quickly to bed, because I wanted to have at least a few hours rest, because I wanted to do a different Japanese tradition. And that is the Hatsuhinode, the welcoming of the first rays of sunshine in the new year. This can be made from any location, but very popular are the beach or mountains. I myself drove then in twilight to an viewing platform. On the way, of course, my bike chain jumped off, so that I am then rushed up the mountain with black hands, only to find that I still have much more time. Although it was relatively cool, I was clearly too hot … By the way, it was colder on the mountain than in the valley, there was ground frost and I even saw ice. Back to the view, because my position was even worse for looking than expected, I was alone the whole time, which I found to be very pleasant, especially with the view (the quality of the photos is unfortunately not enough again). However, I therefore had to wait about 50 minutes longer for the sun than the people on the beach and I could not see the sun rise over the horizon, but only emerge from behind the mountain, but I could see all the time as the city and the mountain slowly were dived in light. On the way back, my hands were frozen, because I fool did not have gloves on and it was pretty damp. These have started to hurt less in the valley and with the sun. The rest was totally OK / warm and I even had only a very thin rain jacket, well, that’s called bad luck (or stupidity). 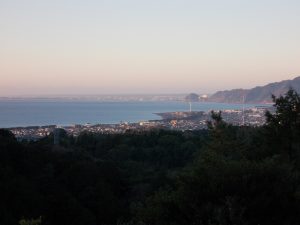 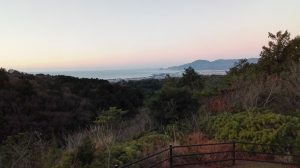 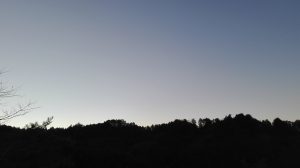 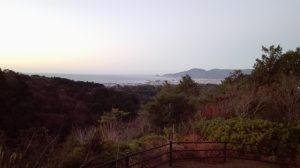 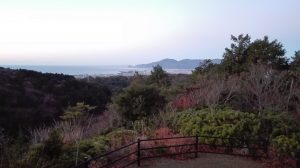 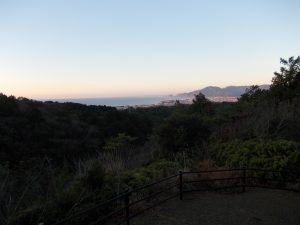 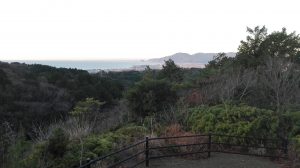 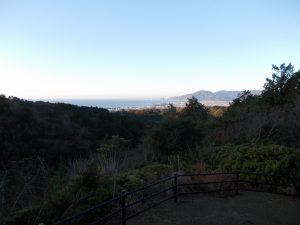 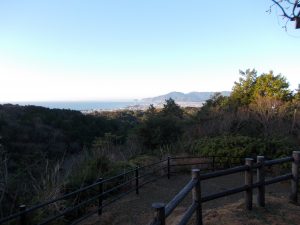 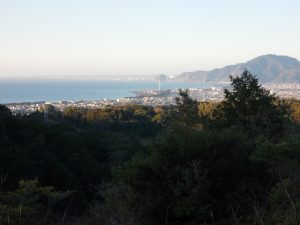 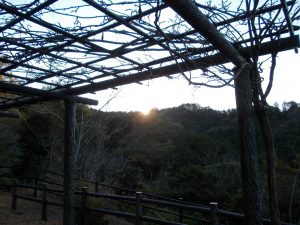 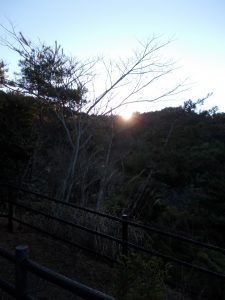 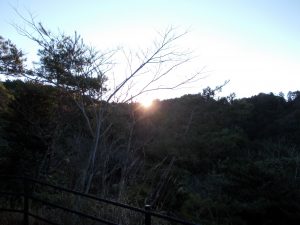 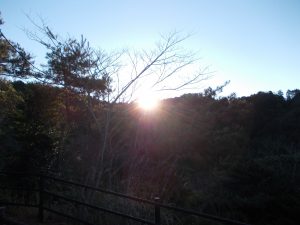 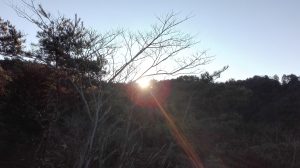 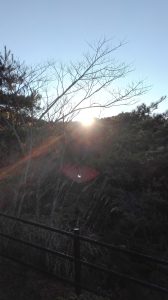