Yesterday I  explored the mountain Kunō. For which I will need several days, as it spans such a large area. At its highest point, it should be 216 m high. From my map I knew that there are paths with which I can cross parts of the mountain and don’t have to run past the edge and have to climb up the mountain every time.
Done as told, after the paper seminar and non-shifting experiments, I set off.

On the way I could not deny the impression that here in Japan many things are built just to leave them to themselves. 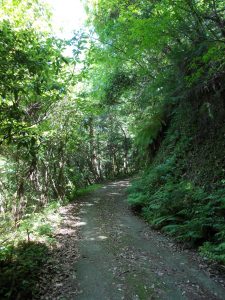 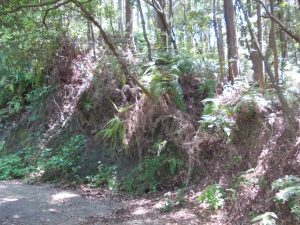 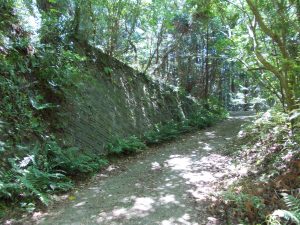 On this path I followed the road, which only went up to a dam and then becomes a narrow path, which again resulted in a wide vehicle path, which then simply ended in front of a riverbed. It looks so that everything has been washed away by massive rains. 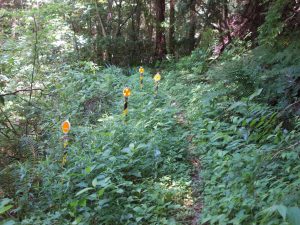 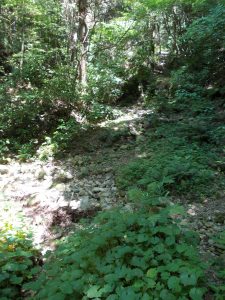 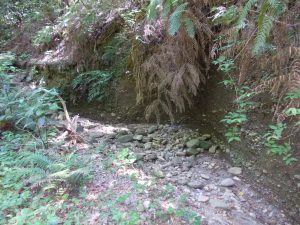 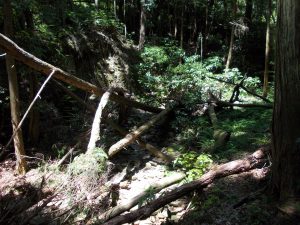 After the crossing of the river bed, the way was probably locked, but I went still on. Unfortunately, some time later the path was lost again, although there are still some most likely unsafe ways exist. So I decided to turn around.
Looking for another path, I noticed that the channel was laid with stones at the bottom and I found a archery training area. 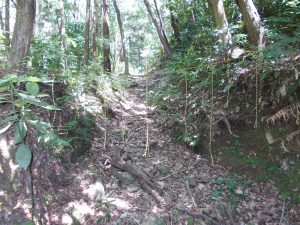 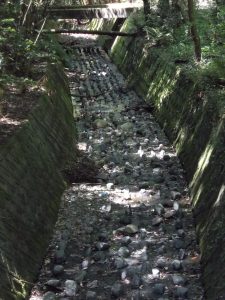 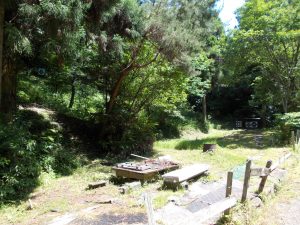 In addition, I had to realize that one road in the middle of the slope ended up suddenly without any apparent reason. The place was then also used as an illegal trash storage place and among other things a truck was put there. Japan is cleaner than Germany, but however, I find while constantly exploring often illegal trash storage place compared to the rest of Japan.
In all the mountains so far there is also a rail transport system to bring objects up the mountain.
I have then found a different path, which takes me across the mountain. This is also used for tourism / recreation. 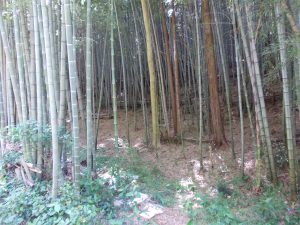 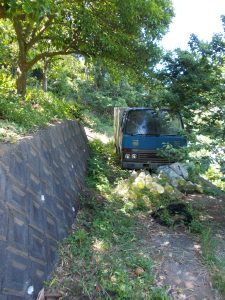 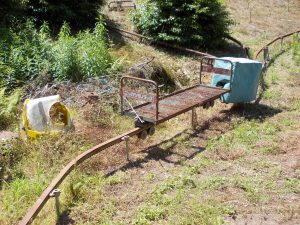 As soon as you have the playground behind you, it’s only narrow paths and perhaps with stairs. Very many stairs, it was pleasant with the temperature and the humidity …. 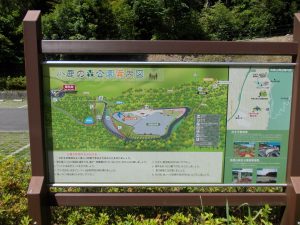 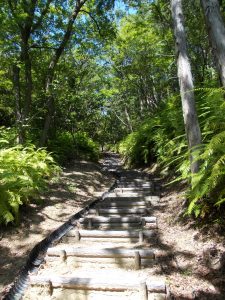 Two pictures just to show how thick the standard bamboo is in the area. 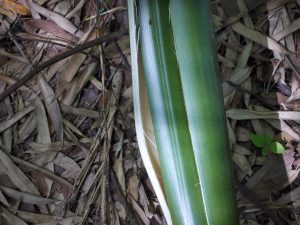 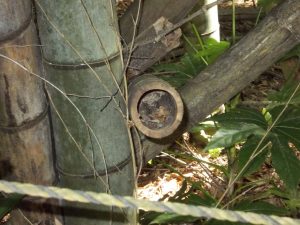 On the way I could also make a picture of one of the many lizards. The snake was unfortunately too fast and before I had the camera she had already disappeared in the covert. 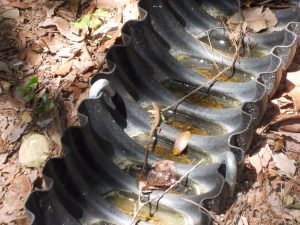 Next was a viewpoint, see the picture I used as article picture. Then the path narrowed and further stairs up and down and led to a higher viewpoint. 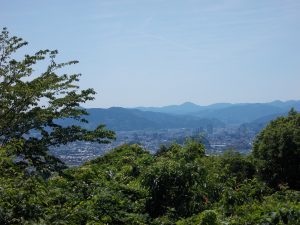 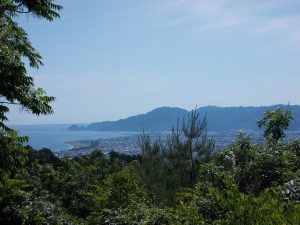 Afterwards, the path was still more grown and interestingly it was original asphalted between some section, though there would never have been a car there. The path ends simply at an expressway, right out of the bushes ….
There is no parking, and there is no possibility of walking on this road without running the risk to be overrun. Only the short section where I came out is safe through guard rails. Nevertheless, this path is definitely used in a regular way.

I then gave up for today and went back to my accommodation on a different route. During this I looked in some side ways, unfortunately also no passing through. So ich have to walk around for this part on the mountain. The mountain still has some interesting places, so also a large active shrine. I do not write more about it until I was there. 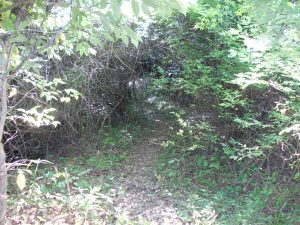 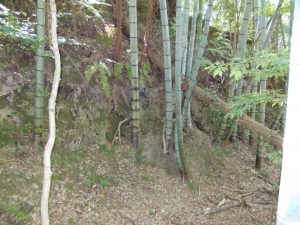 Have also found a beautiful bamboo forest, where I really  thought: This is the perfect place for a Hollywoodsamuraifilm for the battle in the bamboo forest. I was just too stupid to take photos, even if my camera (presumably all / most) is not capable of capturing this atmosphere.