I didn’t do anything at all before the penultimate post, but I only did a few things and then I only took sporadically some pictures to various things, which are hard to mix into one article. Maybe I’ll do some more collective contributions at some point, if there should be sufficient material. As the title shows, I was in Yokohama this time.

Yokohama is an independent city and even the second largest in Japan after Tokyo. As a result, it is the largest community in Japan and also belongs to the Tokyo Metropolitan Region. It is an important industrial and commercial city and began its rise in 1857 after the arrival of the American Commodore M. Perry, who forced the opening of Japan.

I didn’t really do that much sightseeing, because it was really just a short trip. Without travel, only one afternoon and the evening. The main destination was a Japanese Christmas market, yes a Christmas market. I wanted to see how the Japanese distorted it. In fact, it was only very small, very expensive and above all not festive. It was rather about 10 % Christmas market and 90 % ( supposed) German food and beer. The food was mixed, some was really good, some not. But a lot of imports, which made it at least authentic (but even more expensive). An example, for two very small slices of Stollen I had to pay approx. 4.50€, whereby I this year in Germany for 1 kg Dresdner Stollen only 6.99€. If I had only taken one of them with me and sold slices of the same size for the same price, it could have been at least 20. That would have been a very good profit. Speaking of which, if you should ever go to Japan and need a present, get yourself a Dresden Christmas Stollen. Or normal ones should go, too, but should not be too sweet (so what we Germans feel to be rather sweet), because Japanese don’t like that. If I bring them to the lab or to my sports clubs as Omiyage, they will be eaten very quickly and everyone will praise them seriously.

The rest of the Christmas market was so okay. One hut sold tea light houses, one was from Germany and another from Austria sold snow globes. 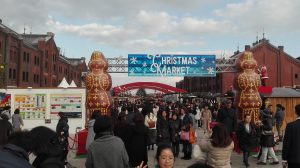 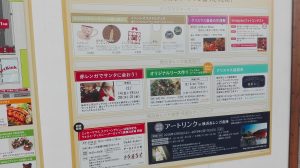 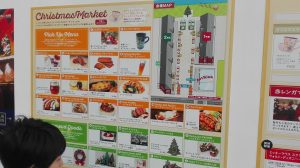 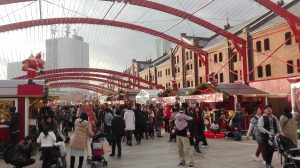 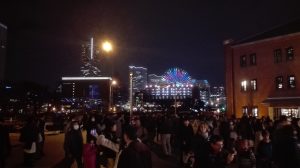 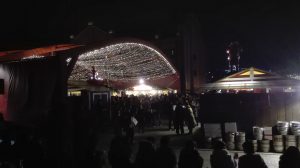 The Christmas market was in Minato Mirai 21 on an offshore island. On both sides there was a row of a red brick warehouse. Unfortunately I couldn’t find any information about it, but it resembled very much the German style as you can see it e.g. at the Hamburg Speicherstadt. In it are now many small shops, especially Omiyage shops. 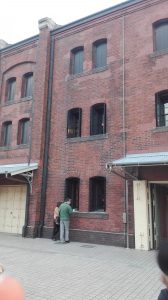 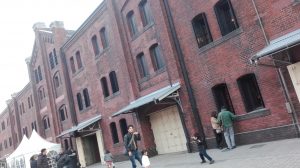 Towards the end I also went to the small free amusement park where you only have to pay for the attractions themselves and took a ride on the Cosmo Clock 21 Ferris Wheel, which is the world’s largest and also functions as a clock. There was also a nice little disturbance when I was about at the highest point, so I had more time to enjoy the view. 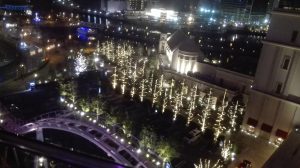 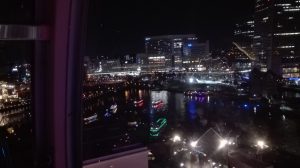 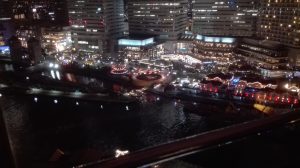 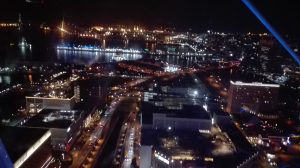 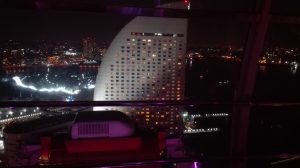